When it comes to tracing old family names in a region, it’s always nice to find a new unexpected source of information.

A few months ago, while perusing old newspapers, I discovered this specially arranged school sports day in Portglenone held on Saturday 19th September 1925. This was a special one-off event, involving many schools in the area. Perhaps some of the names may be of interest to you.

It was initially anticipated that sixteen schools would take part. However on later reflection this was found to not be practical, both numbers-wise, plus it would have meant the inclusion of schools not in the Portglenone district.

The Ballymena Observer, 18 September 1925, looked forward to the special day, saying “If all goes well the present weekend should witness an event unique in the history of meetings in Portglenone……all the children from the eleven schools in the area will attend and more or less take part……fully 300 children are expected to attend, and (with) the parents and public, the fixture should ensure a monster gathering.” 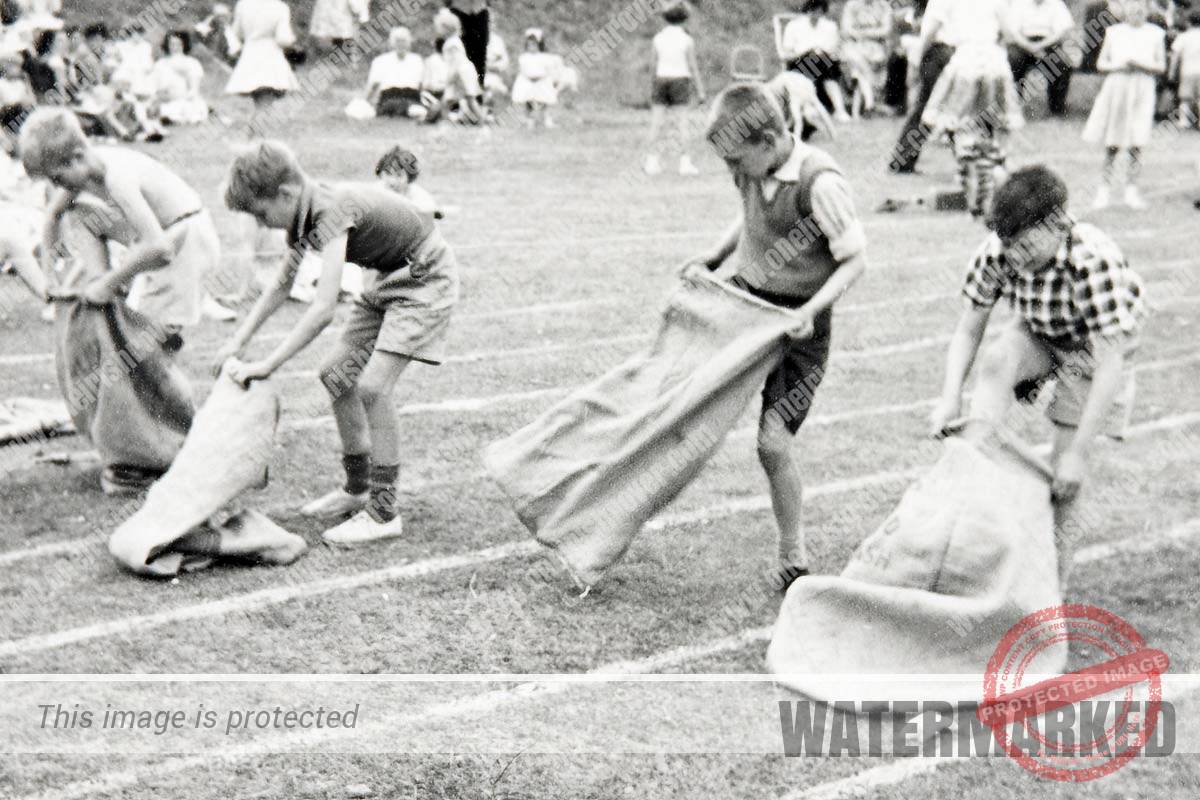 The idea for this special sports day was that of Mr. T. Riley, principal of St. Mary’s School.  On mentioning the matter to the Portglenone Justice of the Peace, Mr. R. A. Alexander, he instantly had a supporter.  The Portglenone man immediately  placed the Portglenone Demesne at the disposal of Mr. Riley’s committee.

There was a small admission charge to the event.  This enabled the organisers to provide refreshments for the children.

The Observer noted: “the happy relationships obtaining in Portglenone between all parties is stressed by the event.”

The event was a wonderful success. Over one thousand children attended, with some 300 taking part in the actual sports activities.

The eleven schools competing were: Portglenone, St. Mary’s, Garvaghy, Largy (i.e. Sherman Memorial), Tullynahinion, Aughnacleagh, Lisnahuncheon – all from the Antrim side of the Bann.  From the County Derry side of the river, we had: Glenone, Innisrush, and Greenlough.

The activities took over seven hours to complete.  The day included a refreshment interval, during which every scholar from the various schools was served with cakes and sweets.

The Northern Whig (22 September 1925) noted that the refreshments “must have cost a considerable outlay, as over a thousand children were present.”  It went on to say that “the greatest credit is due to Messrs T Riley (principal of St. Mary’s), the Secretary at St. Mary’s, and W. Heanen, Chairman (Portglenone Town School), on their triumph in organising the sports.”     The Ballymena Observer further noted that “as chairman of the committee, Mr. W. Heanen, principal of Portglenone School, has been indefatigable in his efforts to make it a success.”

The winners, and those who came up a little short, were as follows:—

Apologies, I have not been posting much in recent months. I have not been writing anything at all. But the creativity is still there, and I have been working in the evenings, on enhancing a lot of...

I haven't been around much of late.  It's nice to get back online and have a chance to post some new material. By the way, I note there appears to have been an issue, during the past month, for...

One Irish Rover focuses on the history and the people of the area in Northern Ireland where I grew up i.e. the Portglenone, Kilrea, Maghera and Tamlaght areas, in Counties Derry and Antrim.

My mother took many photos and saved lots of old newspaper cuttings. Many of these appear on this website.

I love to delve through old newspapers, discovering and piecing together local stories. You will find originally researched articles on this website, that aren't available elsewhere. Indeed, many of the old events have been pieced together, using various resources, and are now only being told fully for the first time.